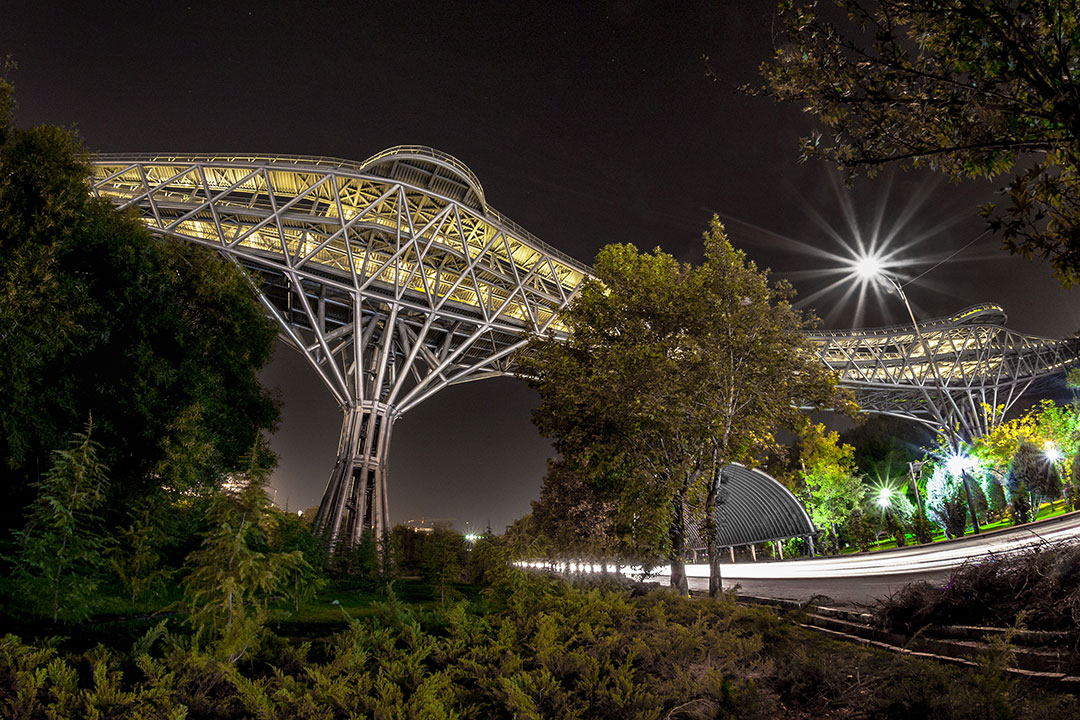 Tabiat Pedestrian Bridge of Tehran, one of the most fabulous architectural structures in Iran designed by Diba Tensile Architecture. this bridge was the result of a two-phase competition which started in May 2008.

The winning design was selected in August of the following year, with detailed structural and architectural design beginning in September 2009 and construction work began in September 2010. It was inaugurated in October 2014.