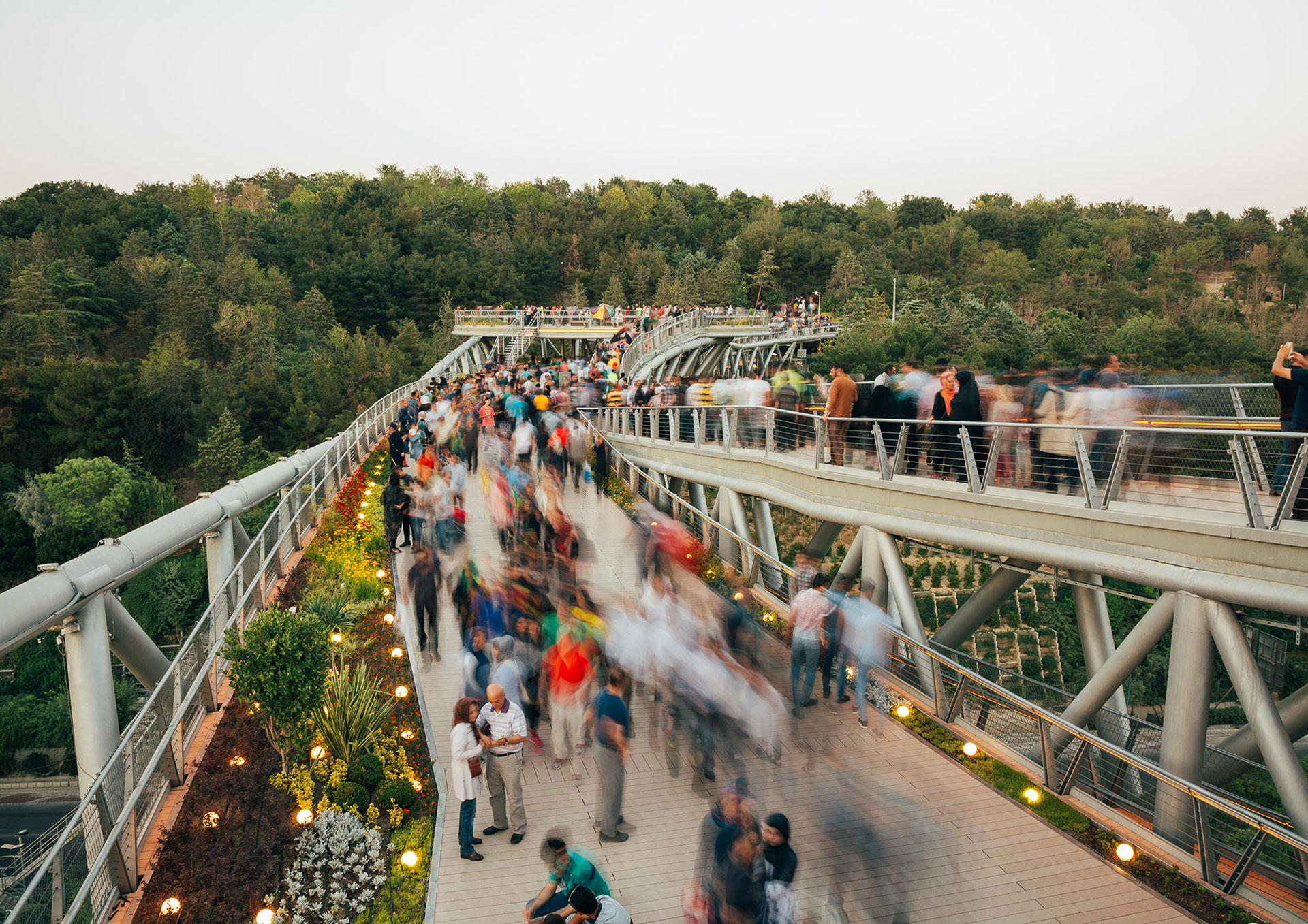 Tabiat Pedestrian Bridge is located in the northern part of Tehran in a zone called Abbas Abad Lands; this is a 559Ha area which is mainly dedicated to cultural spaces such as libraries and museums, as well as public parks.

This bridge was designed in order to address the need to improve access for pedestrians between the two parks, which are divided by major highways. ‘Tabiat’ means ‘Nature’ in Persian language.The bridge crosses Modarres Highway, one of the main highways of the city, and connects Abo Atash Park on the west to Taleghani Park on the east.

The intention was to design a pedestrian route that was completely separate from the highway. The 270 meters long bridge is the largest pedestrian bridge built so far in Iran.