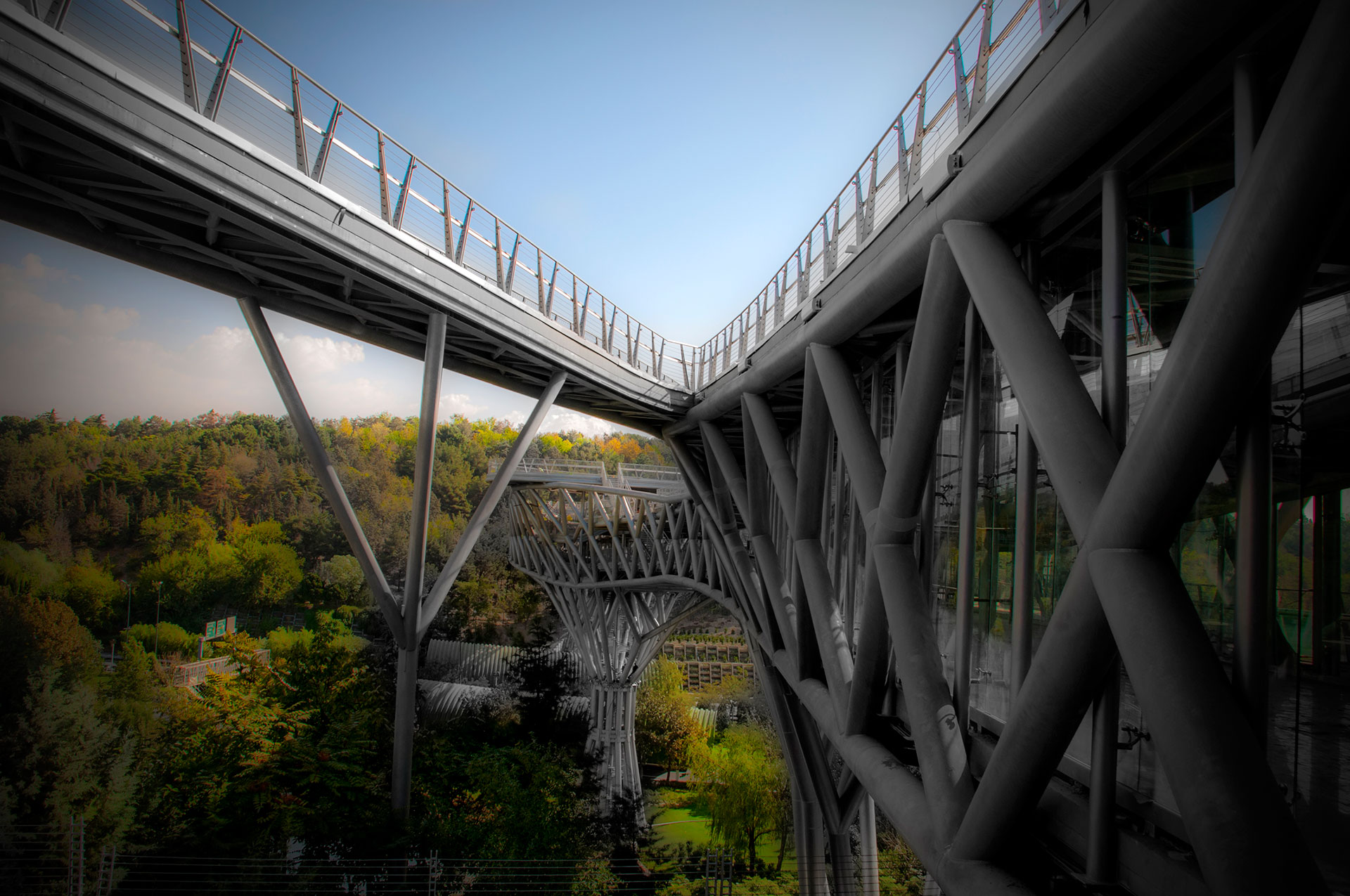 Protecting green space and trees, was one of the most important issues that we considered while designing Tabiat Bridge.
Due to existing many trees on the both sides of Tabiat Bridge (Taleghani Park and Ab O Atash Park), during constructing the bridge, an attempt was made to place the columns, the beginning and end points, where the least trees and green space were located.
In addition, the number of columns and fulcrums implemented as few as possible in order to least interference in nature and protecting that.